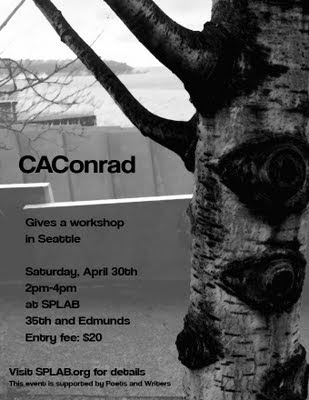 details at SPLAB.org
Posted by poet CAConrad at 1:20 PM Links to this post 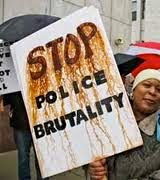 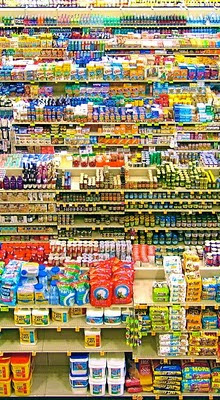 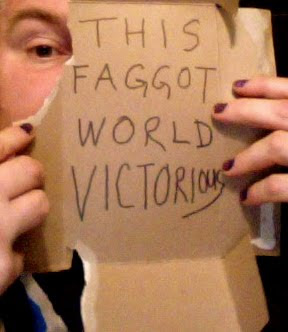 before they’re swept into trucks and hauled to the dump, far, far away, leaking toxins into the water and soil. A tidy sidewalk does NOT EQUAL thoughtful, mindful citizenry! CITIZENS OF THE WORLD RISE UP AND FILL THE STREETS OF THE AFFLUENT WITH YOUR SHIT AND “GARBAGE” TODAY! Let them SMELL and READ the products of THEIR WARS! Write on your “garbage,” WE DEMAND A PLANET SAFE FOR ANIMALS AND OTHER HUMANS! Take notes about your littering excursions. Take notes about the neighborhoods you visit with your deposits. Take notes, take MANY notes, then STOP! Write for 30 minutes on autopilot. Always remember to carry your notes with you wherever you go to pull and wrench your poem into existence.
Posted by poet CAConrad at 3:01 PM Links to this post