There are a limited number of participants for the July 11th (Soma)tic Poetry Workshop. ALL DETAILS ARE HERE.

Thanks, see you soon,
CAConrad

Posted by poet CAConrad at 7:30 PM

Courtney Shumway continues an amazing (Soma)tic study through film. This is with Jordon Cecil, and is based on (Soma)tic Exercise #23, click HERE. Thank you for this!
Posted by poet CAConrad at 12:02 PM 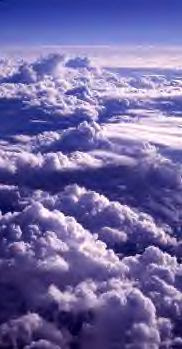 grown and harvested in California, then shipped 3,000 miles to Philadelphia. I asked the pilot to tell us when we were over California, and he was nice and did so. After millions of years of evolution we can fly thousands of feet above the earth. NO I don't want to watch a stupid movie during the flight, NO I don't want to read a stupid magazine, I'm THOUSANDS of feet in the air LOOK at those clouds! Don't be so stupid, look at the clouds! When our rotten bodies die and evaporate we will join them. Clouds are trillions of cells of water who were once dinosaurs, eagles, and many stupid and brilliant people. All rotten in the end, festering into a final breath, the final breath itself a wisp of vapor that rose to join our family of clouds. It's so disgusting it becomes its own special beauty! I want to vomit, a sickness the ultimate honor bestowed! Is there something wrong with the word "nice?" Well I like it, and the pilot was nice and announced when we were flying over California. Everyone around me was hypnotized by the stupid movie, the beautiful actors speaking the writer's boring script about relationships and dishonesty. It's true, as a species we are so narcissistic the planet stands little chance surviving unless it can prove to make us more beautiful and improve our love lives. And I pressed the garlic against the window, garlic that traveled 6,000 miles round trip, California to Philadelphia, and back again, what a ridiculous world! Little bit of garlic

soaring thousands of feet above the fields where it was born, and I licked it and sucked it, finally bit it in half and chewed it. I brought it all the way back home to eat it and make it become my body, feed my cells. And the crackers. Chewing and slowly tasting the soil and texture of the land. Tasting the wind that blew its fingers through the stalks and stems, cricket songs, birds, all these vibrations are in the plants quietly growing with an enormous family of plants in the moonlight and rain and metallic scent of lightning. It's all in there, chewing it all in there. I chew it and chew it and my rotten body will die one day but I love it here. I love this world, I'm so angry that I have to die and leave it. Suicides irritate me the most, I wish I could take their unwanted leftovers, stupid fucking idiot suicides as though life isn't short enough. Chew this world, it's incredibly delicious. Fuck you for not paying attention. Don't speak to me if all you have is something stupid to say. I chewed the inside of my mouth, chewed some of my meat loose and mixed it with garlic and chips, went into the bathroom and spit it into the toilet, added piss, snot and semen. Then flushed it into the sky, rushed back to the window as the movie credits played and everyone told everyone how good the movie was. My notes from practicing this exercise became a poem.
Posted by poet CAConrad at 9:25 PM