(the resulting poem for the below (Soma)tic ritual is at THIS LINK, titled IT'S TOO LATE FOR CAREFUL)

"And our lips are not our lips. But are the lips of heads of poets.
And should shout revolution."
--Jack Spicer 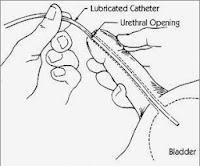 Anyone who makes us remember our naked animal beneath the clothes is dangerous, thank you Bradley, thank you Mattilda.  To remove the scandal of bare-assed nakedness would require the annihilation of every bureaucratic agency sending memos through our doors.  It is 2012 and some of us have positioned our boots in an attempt to hold back The Return To Modesty Campaign.  The American homosexual of 2012 unapologetically celebrates surrendering to the dominant culture for marital equilibrium and WAR! This swift, unmitigated return to wholesome values acts like bookends many willingly throw themselves between. The opportunity to challenge these stifling, life-threatening institutions passes out of the conversation entirely in 2012.

Notes for the poem began with a meditation on meeting Marsha P. Johnson in Thompson Square Park during the 1990 Gay Pride Festival.  She started the 1969 Stonewall Riot, her headfirst, unflinching fisticuffs with the police sited to this day by RuPaul and others!  She who started our revolution, a tall black drag queen, carried a sign in 1990:  STONEWALL WAS A RIOT NOT A TRADEMARK!  “You are the coolest person I have ever met,” I told her.  “YES I AM,” she said with a smile.  “What does the P stand for in your name?”  “It means PAY IT NO MIND baby, PAY IT NO MIND!”  Where are the statues, poems and operas in her honor?  She was homeless at the time she was murdered and thrown in the Hudson.  Our queen, our Mother of the Revolution!  She was the true deviant propulsion, pushing the culture forward ready or not!

Marsha didn’t live to see faggots putting rainbow stickers on machine guns to kill Arabs with impunity!  Faggots joining hands with a multi-billion dollar military industrial complex should alarm us, infuriate us, it should break our hearts.  Three children die of war-related injuries EVERY SINGLE DAY in Afghanistan.  And after ten years of U.S. American occupation, Afghanistan has been deemed THE MOST DANGEROUS nation on our planet for women.  How else can I repeat this so you hear it?  U.S. America makes the lives of Afghan women and children almost unendurable!  GAY AND LESBIAN U.S. AMERICANS HAVE STOCKHOLM SYNDROME!  Did you hear that?

The genocide of queer men in Iraq (called “puppies” instead of “faggots” in Baghdad) is undoubtedly a direct result of the U.S. American invasion and occupation of Iraq.  The most famous homosexual apologist for war Dan Choi helped make this genocide possible while serving as a U.S. American soldier in Iraq.  Destabilization of the secular Hussein government has brought destruction to Iraqi queers.  Our tortured, executed queer Iraqi brothers have become merely another item on our long list of collateral damage.

I performed reiki on a long, thin piece of plastic tubing, reiki imbuing the tube with my intentions to be in conversation throughout the day about being queer.  Queer.  Today I will NOT ALLOW anyone to change the subject when I talk about what it means to be queer.  Today I will talk about the frustrations of watching war go unquestioned by the U.S. American homosexual.  Reiki.  I did reiki for half an hour on the plastic tube, then lubricated every inch of it to ever so gently insert it into the irritated, angry looking opening of my penis.  It was not for pleasure of pain it was for a chronic reminder of HOW the U.S. American culture inserts its will on my cock more and more each day.  You may now be married under our rules.  You may now engage in mortal combat in designated enemy countries by our rules.  I had many strained, bizarre conversations that day, constantly FEELING the plastic tube inside me while walking around Philadelphia, while walking around Occupy Philadelphia and talking about war, genocide and oil.  The following poem is the result of this writing ritual, which was more painful in spirit than it was for the plastic plugging my urethra.  After all, it’s much too late for careful. 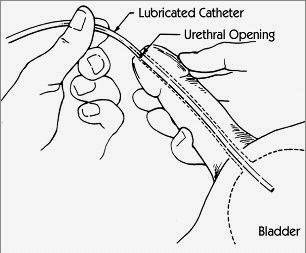 Posted by poet CAConrad at 1:13 AM

ONE: Put a strawberry and a couple ice cubes into a small wax or plastic baggie. Carry this into the woods, find a place to sit quietly with notebook and pen. With your eyes open for a few minutes hold the bag up in the air while staring at the world around you in the woods. Then lower the bag and close your eyes. Put your hand into the bag and slowly feel the last of the ice melt, then begin to tear and mash the strawberry between your fingers. Keep mashing it for at least twenty minutes, eyes closed the entire time, focusing on both the world around you you cannot see, and the feeling of the strawberry you can feel but do not see. Think about how the wild around you is like this strawberry coming apart in your hands right now. THEN QUICKLY empty the mashed strawberry into your mouth, but hold it there, and slowly, slowly chew while writing AS FAST AS YOU CAN whatever comes to mind!!

DAY TWO: Find a comfortable place to lie down on the ground, flat on your back, arms slightly away 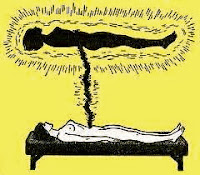 from your sides, legs slightly apart. Imagine you are surrounded by a warm, white light. Feel the sensations and atmosphere of yourself. Ground yourself deeply in your body and consider how this feels for a moment. Next, begin to slowly move away from these physical sensations. The goal here it to project yourself outside of yourself. Find yourself in a totally new and unfamiliar landscape, one you have never visited before. Consider the specific details of this new place and what it feels like to inhabit it. Are you the same person? Are you different? How so? What is your experience of this place? If you are not yourself or your body, who are you? Stay in this landscape for at least ten minutes. Move through it. If you float away or the landscape eludes you, allow yourself to move to somewhere new. Sit up and immediately write of this place and who you were there or of something else entirely. Repeat, if necessary. 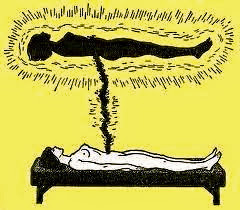 Posted by poet CAConrad at 9:55 AM