#103: Calling Across the Watermelon Field For You

We met in Marfa, Texas when I was on a Lannan Fellowship and Yuh-Shioh was painting in Marfa Book Company’s gallery provided by Tim Johnson. Murder Prevention was how I thought of her work when watching brows soften on anyone who walked into the gallery. All who visited felt the soft penetrating light of her paintings enter us to recalibrate our tools for examining the human condition. She shows us art can provide autonomous worldviews beyond formally designed perimeters of culture, letting us be free in the internal terra incognito.

We became friends and on one trip to an ancient petroglyph cave we were looking at bite marks on cactus made by javelinas. I said, “Javelinas are made out of cactus because that’s what they eat.” She asked if she could name one of her paintings this. A few months later when I was on a Tripwire residency provided by David Buuck in Oakland, Yuh-Shioh invited me to her house in Berkeley to name the other paintings from the new Marfa collection.

We spent eight hours with Yuh-Shioh bringing paintings out one at a time, perched on rocks against the 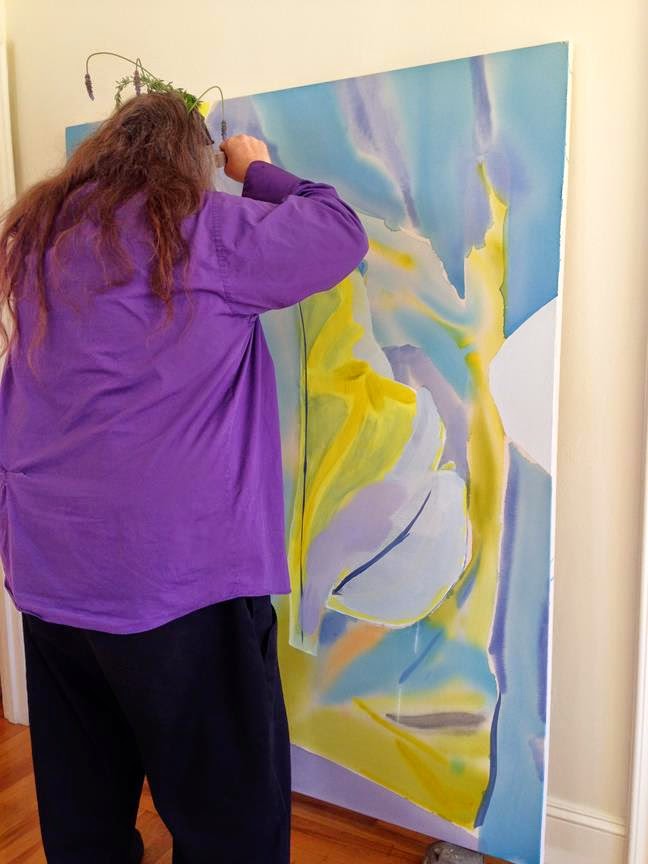 wall. I would meditate with cactus quartz, known as a collaboration stone, then hand it to her as I approached the painting with my deck of Dakini Oracle tarot cards, rosemary, lavender and Mercury’s fennel sprig in my hair. We built the concentration, always in the room together, and I would stand with the cards close to the painting, then cut the deck nine times. Of the sixty-five cards, only five kept repeating, and I would sit at my computer to begin hammering out a block of text. The title usually appeared at the end of a text block. I would read it aloud and it always connected. For instance, “framing vapor of the departed” came at the end of a text block and Yuh-Shioh explained that this painting was created after an encounter with a ghost in the house where she was staying in Marfa. The eight hours we spent for the titling ritual was the opposite of draining as we burned Palo Santo wood chips and used Steve Halpern’s DEEP THETA music as a trance vehicle. It was an honor to collaborate with an artist creating some of the most astonishing paintings I have ever felt enter me to transform me.

writing the letter of your life in the clearing


flying over the transmutation of the quiet

stethoscope to the petroglyph

the horns in the distance when we leave for the mountains


thinking with the longbow


bending the muscle of light 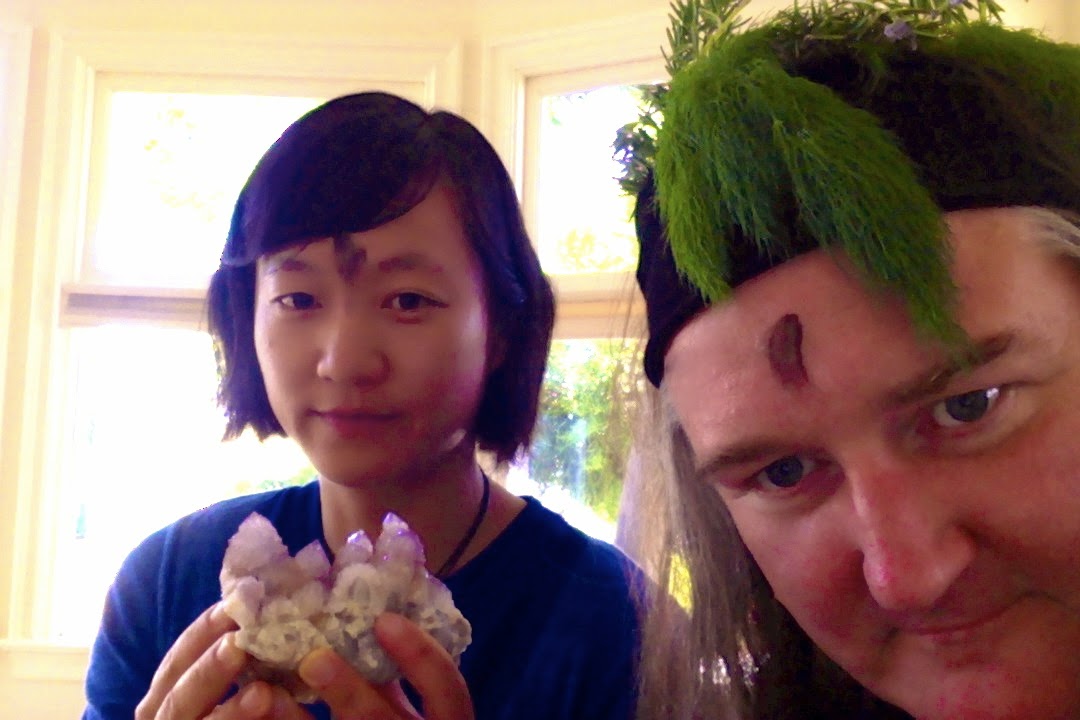 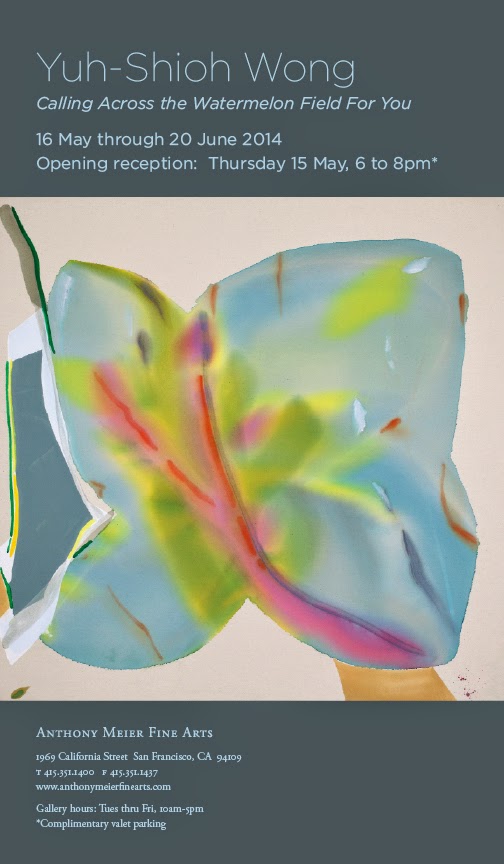 Posted by poet CAConrad at 2:20 PM

Deep inside the Saguaro forest outside Tucson we chose a saguaro cactus and chaparral shrub to sit between. Selenite crystal in the sand between us to thaw etheric blockages, we burned sage for one another, then pressed our foreheads together while holding each other’s temples. We hummed low, loud, extended OM vibrations, the selenite directly under our joined heads. Then took notes.

We took turns imagining someone we had conflict with then danced around the cactus while the other took notes. The dance of conflict around the cactus combined with short, tender interactions touching between the thorns, combing hair with thorns and pulling the conflict to the surface. Then more notes.

The chaparral shrub touching the cactus was in bloom. Chaparral has been used for centuries as a deep blood cleanser, said to even rid the body of cancer. We were continuing our conflict dance, gazing into a small yellow flower with the face of the person troubling us then we would eat the flower, slowly chewing while writing.

The fourth movement was choosing a cloud. Locating it, we would think of someone we loved who died. As the cloud moved we chanted their name, chanted over and over, and then morphed that chanted name into the name of the person we are in conflict with, chanting, chanting, then writing. 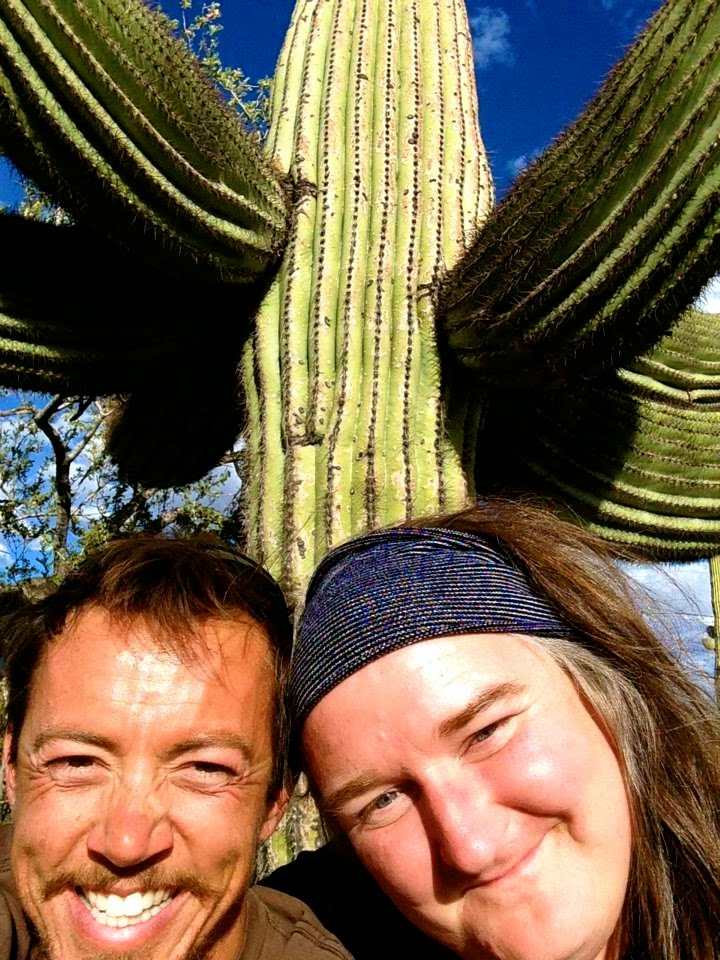 Posted by poet CAConrad at 3:50 PM 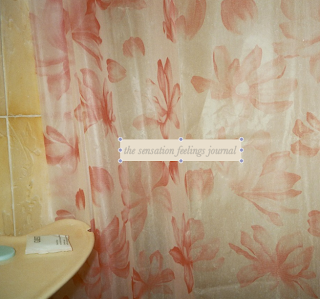 MANY THANKS
TO THE EDITORS
Posted by poet CAConrad at 5:42 PM

PLEASE CLICK HERE
MANY THANKS TO PAUL LEGAUT
& GABRIELLE CALVOCORESSI

Posted by poet CAConrad at 7:57 PM