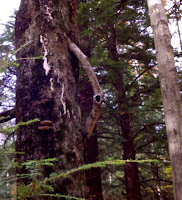 DAY ONE:  Walk the dirt road to Handlebar Tree.  The top of an infant tree was consumed one night by the larger hungry father tree, bending the little body inside his larger trunk, making a handlebar of the infant.  The infant strangled the father’s heart and spleen, killing them both.  The suffering of Handlebar Tree is apparent when passing their tragic, dried husks of depravity and revenge along the road.  Grab Handlebar Tree’s handlebar, pressing your forehead into the bark.  Stay there with your eyes closed for a few minutes, then scream, “EEEEEEEEEE!  AHHHHHHHH!  OOOOOOOOOOOO!  VREEEEEEEEEEEEN!  BAAAAAAAAAAAAAAAH!”  There is a small pile of red glitter at the base of Handlebar Tree, dig into the soil beneath it and you will find a cigarette and matches in a small plastic wrapper.  Smoke two puffs of the cigarette, put it back in the wrapper with the matches, bury it again, and sprinkle a little red glitter and powdered dirt in your hair.  Then hold onto the handlebar of Handlebar Tree again, and bang your head five times into the bark, then RUN back to your studio and sit at your keyboard with feet flat, with screen darkened so you cannot see what you’re typing, but type as fast as you can with eyes closed for at least fifteen to thirty minutes.  Print out the notes and carry them with you for clues to the poem/play/story.

DAY TWO:  Visit handlebar tree and tell it one secret and one lie. Hold onto the handle bar and listen to everything in the world for one minute.scrape some of the bark/skin from the handlebar and carry it with you to your studio. Fill a sink basin with cool water until it is full. Dunk your head in the water and spit out the lie and the secret. Shake your head yes three times and no twice. Run to your writing desk and write for at least fifteen minutes. 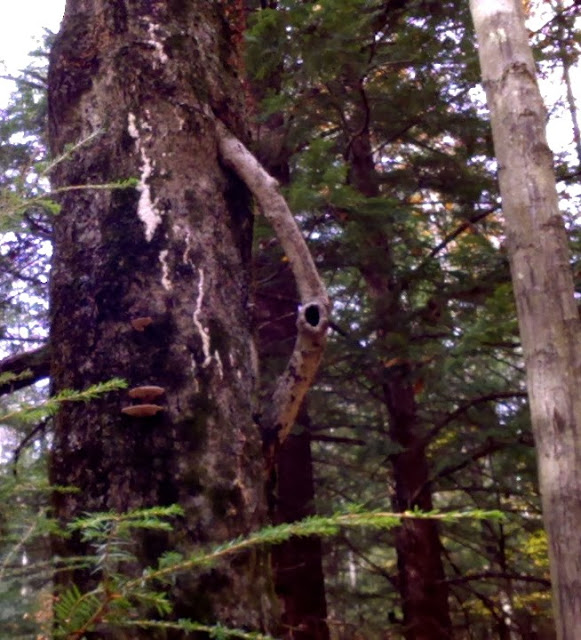 Posted by poet CAConrad at 6:18 PM

(some of the resulting poems from this (Soma)tic were published in POETRY Magazine, BOULDERPAVEMENT and elsewhere. Many thanks to the editors.)

I had the privilege of spending a month in the Leighton Art Colony at Banff Art Centre, located in the Canadian Rockies.  The Native people once used Banff as a locus for healing their sick, but they refused to live there.  Banff Art Centre sits on top of an enormous deposit of magnetic iron.  Many holistic health practitioners today use magnets to pull toxins out of the tissue and into the blood to then be flushed free from the body.  The Native people would not live at Banff, but they did come with their sick to be healed.

Oread frequencies, this (Soma)tic poetry ritual resulted in a series of apologue poems without a definitive statement, the moral caught in a fang in a tree.  Every morning I would meditate on a hawk webcam in Philadelphia.  It was ridiculous leaving Philadelphia to visit it every single morning in Canada, but ridiculous was the exertion I needed to unzip the sublime.  I would prepare to write inside the hawk application, writing through the webcam in Philadelphia.  One day my boyfriend Rich appeared on the webcam, waving from the street below the hawk nest, then opened his sign FUCK YOU COME HOME!

On one of my first nights a young man drove me to the top of the mountains above the art colony to show me the hot springs and lake.  There were fish in the lake.  There were fish swimming above Banff Art Centre, swimming above my head each night, and this became part of my writing ritual.  I would go to sleep with a piece of celestite crystal, meditating on the swimming above me, the swimming above me.  The notes for the poems were often informed by nightmares.  Every night sleeping was difficult, the magnetic iron dumping toxins into my blood.  A few nights it seemed I didn’t sleep at all, but was instead dreaming about not sleeping.  Once I dreamed I had a vagina for a nose and this dream was fantastic!

Notes from the morning hawk meditations, notes for the poems.  I brushed my gums vigorously with cayenne pepper to stimulate the capillaries, JOLT the heart.  I then drank crystal-infused water, the
glass surrounded by a four-inch shaft of citrine, a two-inch pyramid of selenite, and dangling just above the surface was a piece of the ancient Russian meteorite known as seraphinite.  The citrine and selenite removed negative charge from the water while seraphinite infused it with the angelic order to trigger my spinal chord into epiphanic alignment.

Mountain lion paw prints in fresh snow, grizzly bear scat, elk, mink, a pack of beautiful coyotes, and the magnificent magpies were outside my studio in the forest.  It would be easy to write nature poems, documentary poems, straight up narrative poems, but my notes were for poems found in the greasy film along the engines of our planetary machine coughing, devouring, running in terror.  My unease of hungry mountain lions, grizzlies, and angry elk fueled the notes.  A strict vegan diet with deep tissue shiatsu massage once a week also contributed to the lens I brought to the notes for the poems.  Banff was scraping me clean each day, and I kept to the flow, kept the image of fish swimming above my head.  The hawks feeding their young, and the crystals I slept with on the full moon for the final hawk application.  The notes became thirteen poems.  The editing process for the poems included listening to three original movie soundtracks played simultaneously:  Paris Texas, The Assassination of Jesse James, and Brokeback Mountain. 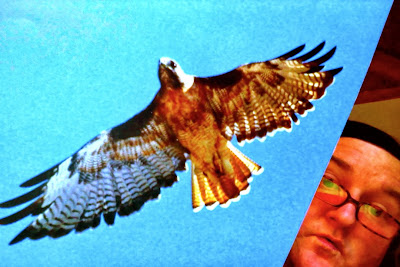 Posted by poet CAConrad at 9:02 AM 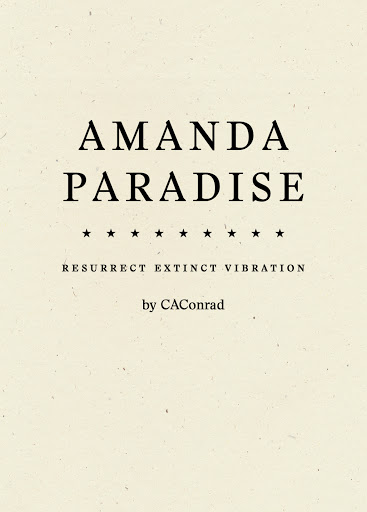