(a collaboration by CAConrad & Debrah Morkun)
We made our way to the roof of a ten-story building. October, Philadelphia, late at night. There was a large yellow arrow painted on the ground. We called the four directions over the arrow.

We took turns standing at the arrow’s tip, facing Polaris, the lodestar. We each drew Polaris into our circle and carried it to a large cement pedestal. We ate from a bar of dark chocolate with a snarling black jaguar on the label, and then we took notes for our poems. Jaguar chocolate and poetry, perfect together. We later used chocolate pieces as chalk to draw a celestial orb with rays and waves emitting off the top of the pedestal. 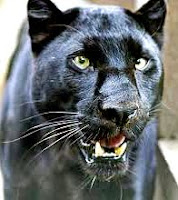 On a different pedestal far from the black jaguar we had tiny rabbit cookies, which we arranged in a star pattern, eating every fourth one. The large fluorescent light shining down on this pedestal was used for two meditations. First we were to each find a word for this star. Debrah saw the word HELEN. CA saw the word DRIVING. HELEN DRIVING.

The second meditation with the rabbit-shaped cookies and intense beams of industrial light was to listen for a message from a god or goddess for the other. We offer our findings:

CAConrad: Well, first of all the black jaguar made me RAVENOUS for the little bunny cookies! I wasn’t even hungry but I tore

into the little cookies! They were incredibly DELICIOUS! We deliberately kept the jaguar and rabbits on different pedestals, far from one another, but I must have brought the giant cat’s energy with me! It didn’t take me long to hear Shango calling. God of drums, thunder, protector of children. He wants to help Debrah safeguard, even inoculate an exposed wound from her childhood. He says “LISTEN TO DRUMS” for drums are the vehicle He rides when He is needed. He says listen to drums while driving in the car especially. Shango wants to raise a wound and in doing so transform the life.

Debrah Morkun: Rabbits are much like stars, & jaguars like the night sky that holds them. Realizing this, I felt the presence of Egyptian Goddess Isis hanging in the air around CAConrad & I. She was not alone, however. Much like the

night sky holds the stars, & just like the jaguar holds the rabbit-star, the spirit of Isis came to us residing in the spirit-body of Simon Magus, apocyphral magician & heretic whose magic was so powerful that he was hated by the Apostles because his miracles rivaled the so-called divinity of Jesus. Isis told me to tell CAConrad that he has great powers stored in his hands – that they vibrate with creative & healing energy. To compliment these power-hands, he must find a powerful writing utensil – a pen unlike any he has ever before seen or experienced. This pen must be purple, & it must border on the “gaudy” (Isis’ word), replete with a purple feather, so it looks like a psychedelic modern day quill. This feather must not be from a real bird – feathers of actual birds must not be bought but found – it must be a synthetic feather. The commingling of CA’s energy vibrations & the magic of this pen will spin a power-poem.

After these messages we took more notes. We returned to the yellow arrow and closed the circle in view of our lodestar, our night’s guide, Polaris!
Posted by poet CAConrad at 9:24 PM

a collaborative (Soma)tic by CAConrad, Stephen Boyer, and Filip Marinovich

for the current, 2011 de Kooning retrospective at MoMA in NYC


find a favorite de Kooning. what
do you imagine it
smells like at
10 paces then
5 paces then
what does it
taste like? (ass and gravy, pitch and starlight, calm and sea grass, asbestos and miles of candy, etc...) 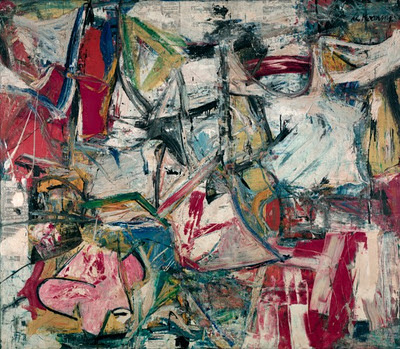 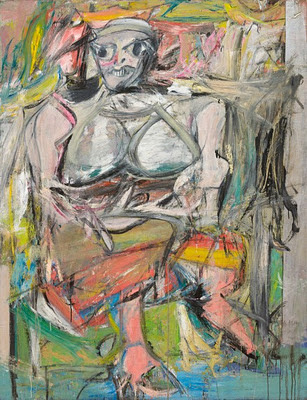 GOD COCKS
Become a pink angel
in De Kooning's painting
"Pink Angels."
Don't leave the painting
under any circumstances.
If they put you in the painting
in a crate don't leave it.
Stay in the painting
when they vandalize it.
When who
vandalizes it?
When the museum gods vandalize it
stay in it, a Pink Angel
Guardian.
When the museum gods come on the painting
after midnight
with their long thick
museum god cocks
reach out and grab god cocks
and pull them off and
use them as paintbrushes to
paint a reproduction
of De Kooning's "Pink Angels"
on the walls of every bank ATM stall
in New York City,
and then, dear Pink Angel, please
feed me your Ass-To-Mouth god cock now. 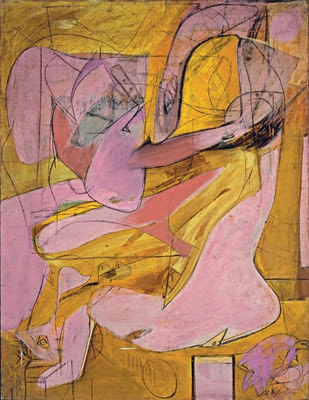 Posted by poet CAConrad at 8:54 AM 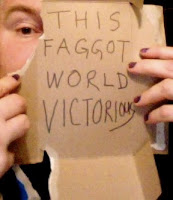 The (Soma)tic exercise,
"OIL THIS WAR" and
its resulting poem
"DUCK CALL FOR DEAD DUCKS"
are in the latest issue of INTERIM Magazine!
Many thanks to
editor Jonathan Skinner!

The (Soma)tic exercise, "DOUBLE-SHELTER"
and its resulting poem "EXPRESS AN INTEREST IN LISTENING OR

FLOWERS WON'T BOTHER" are in the latest issue of LOADED BICYCLE Magazine! Many thanks to editor Martin Rock!
Posted by poet CAConrad at 9:52 AM

--for Anne Waldman (aka Outrider Anne)

Every morning for seven days I gave my friend Elizabeth Kirwin treatments of reflexology and massage, and she in turn gave me craniosacral therapy. Each morning while on the table I would fix my mind to meditate on seven possible genders for my body, intersex intersecting day to day. Starting with the female skeleton, hormones, glands, and genitalia. OF COURSE START with woman against the fairytale of Adam and his magical life-giving rib! 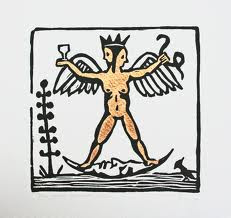 margins is an exceptional space to offer yourself and others. The craniosacral therapy was straightening my spine, relaxing my muscles, and challenging my thoughts throughout the gender exploration. The craniosacral lifted my consciousness while in deliberate concentration on the sex of my body.

Each morning after our healing exchange I would take notes about my physical condition, how it was shifting, mending, and notes on my gender meditation. The notes took no specific course other than a personal demand to divulge all hidden words and needs breaking free through the experience. I am a woman. I am a man. I will be neither, or bits and parts of both with blood and imagination flow on the increase. And that increase is a prodigious stream tempering the spirit, today, tomorrow, again, again against a wall. Up the wall. Over the wall. Away from the wall. The world as it could be (or a collective version of it) is always trying to bend the air around itself to be heard. The risks of the day are holding themselves out to us, yet we all know too well that the power structure is far ahead of us, the ambush of the ages. My notes from this exercise were plucked and shaped into a poem.
Posted by poet CAConrad at 12:02 AM 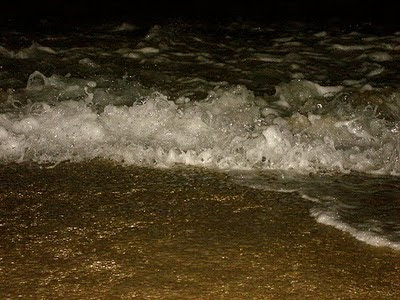