Every once in awhile I think something about a stranger on the sidewalk and they dart a glance at me and I get it -- I GET IT -- we are one! Allow seven consecutive days for this exercise. DAY ONE, think about a woman you know, think about experiences you have had with her. Think about conversations you have had, think about the things she wears, eats, her way of walking, her laugh. Think about every detail you can imagine. See if she calls you or emails you. Take notes about this attempt at psychic connection.

DAY TWO, do everything you did in DAY ONE, but for a man you know. DAY THREE, go out to the streets and follow someone walking a dog. Look closely at the dog, study the dog’s movements. Whistle in your head, bark in your head. Imagine throwing a stick, throwing food, yelling "GOOD DOG!" Does the dog respond to this? If so, how? Take notes. 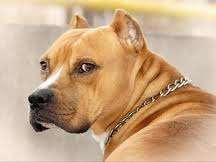 DAYS FOUR, FIVE, SIX, and SEVEN are for strangers. In cafes or restaurants, or followed briefly on the sidewalk. Try to connect with two women and two men, complete strangers out in the world in shops and museums, or going up escalators or standing in line at the bank. Focus on the clothing they wear. Shoes. Imagine saying HELLO, and each time imagine walking beside them and saying HELLO. If you want, end each experiment by doing just that. Visualize tugging their sleeve, TUG IT with your mind; punctuated with putting a hand on their shoulder and saying, "Don’t I know you?" Imagine clapping and shouting "HEY! HEY! HEY YOU!" Did they look at you WHILE you were walking behind them doing your experiment? Communicating beyond the auditory is our goal. But punctuate it with a HELLO. What are their reactions? How do you feel about it? Take these seven days of notes and form your poem(s).
Posted by poet CAConrad at 8:20 PM