For this ritual I looked for a television show that was on the air before and after I was born. The one I chose was Bewitched. The short description for the show is, “A witch (Samantha Stevens) married to an ordinary man (Darrin Stevens) cannot resist using her magic powers to solve the problems her family faces.” I climbed naked into a large plastic bag filled with salt water to watch the episodes prior to my birth on January 1st, 1966.

Ironically the episode that aired immediately after my birth on January 6th, 1966 finds Samantha pregnant. Her annoying husband Darrin does not want her using her magic powers to clean the house and he doesn’t want her lifting heavy objects until the baby is born so he hires a maid. This is the first episode I get to watch outside the plastic bag of warm salted water, REBORN in Bewitched! I hate this television show, although to be fair I hate most of them.

The ONLY character in Bewitched I like is Endora, Samantha’s mother. Endora has NO INTEREST in being told BY ANY MAN that she should give up her magic powers! She is THE ONLY character worth their salt in this tedious, badly written show! I agree with everything she says. After all, if Darrin had the magic powers instead of Samantha do you think he would choose to not use them? Darrin is nothing more than an insecure man who feels emasculated by Samantha’s powers! FUCK DARRIN, he’s a jerk who doesn’t DESERVE Samantha or her divine abilities. Endora should be a role model for us all to NEVER GIVE UP OUR POWER! Power Keepers! 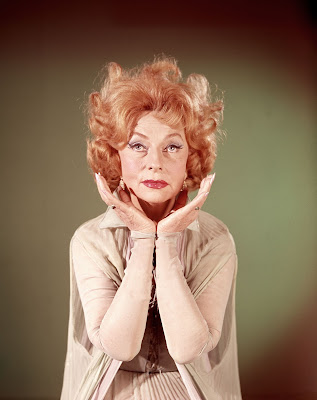 Posted by poet CAConrad at 2:03 PM