SEMEN: An Acquired, But Easily Converted Taste And Another Kind Of Love For My Man And For Poetry 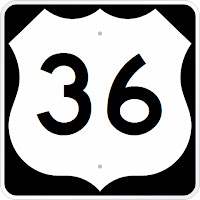 After losing a boyfriend and many friends to AIDS, and another boyfriend murdered, I had a rocky series of relationships like many men of my generation who managed to survive the early years of the AIDS plague.  Then I met Tre, a truck driver.  A very handsome man (he really is quite handsome, but I also know he is going to read this) who is not like anyone I have ever met, let alone have sex with.  We were both thoroughly tested for HIV and STDs before moving deeper into the relationship.  If I say the number of funerals my friends and I went to in the 80's and 90's it would seem made up, but this is my way of saying I have had nothing but safe sex my entire adult life because I very much like being alive.  Tre and I see one another once a month or more while we both crisscross the country.  It is not like any relationship I had even imagined, falling in love with a man I see in a different state each time, pulled off a different numbered highway, with different trees, flowers, different dead animals along the road.  His first name is where we will stop.  His line of work is not queer friendly.  And when I was a teenager I swore I would never date a man in the closet, but then my boyfriend Earth was murdered and I said, "FUCK THAT, anyone who wants to stay in the closet to protect themselves from the evils of this world I will do all I can to help them stay in there if that is what they want."

We were both already aware how semen tastes different and has various consistencies and colors depending entirely on our diet of both solids and liquids.  I'm vegan and insist that Tre not eat meat for a full week before we meet up.  I have been vegetarian since 1988 and despise the taste of murdered animal ejaculating from a man, and don't think I won't spit it out and demand a funeral for it!  Rancid corpse flavor is not appealing, but a week is the perfect amount of time to clear away the cow, pig, chicken, squid, lamb, and other helpless, innocent ghost taste.  Being vegan even one or two days a week is amazing for the planet, and trust me, semen tastes much better.

This (Soma)tic poetry ritual is an ingredient to my larger Resurrect Extinct Vibration ritual.  It seeks a more direct contact with the feral interior, that wilderness men, women and us many kinds of Other, no matter the deodorants, salves or sprays, cannot possibly deny its own wildlife when two or more people enjoy their naked bodies together.  Getting to taste what Tre produces with the extraordinary processes of digestion is as close to what I believe is a miracle, his body turning nutrients he consumes into a seminal delicacy.  I have eaten millions of his sperm and sometimes wonder how long I can keep calling myself vegan now that I am with a man I trust to not infect me with a disease for the first time in years. 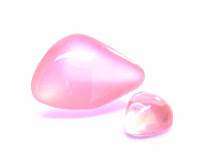 For a few days before we get together, we both decide on a mixture of foods.  Walnuts and blueberries in large quantities.  Then apples and garlic.  Eggplant, onions, and sage.  Consider this an experimental semen cookbook and call me your friendly Faggot Gourmet.  We experimented with crystal infused waters, for instance, we both had a collection of 9 pieces of rose quartz in our water bottles for a week before having sex.  Everyone should try this because it made us much closer, feeding the heart chakra all day for days with crystal flowing through our blood, coming out of us in intoxicating sweat, our piss fountains of a glorious chemistry of feeling.  Semen formed on rose quartz infused water flies out of the body as close to the arrows of Eros we can imagine.  Waves of pleasure resonate through us, entering our dreams together which are warm and filled with utter tenderness.  My personal favorite food combination is dill, cilantro, and beets.  We spent a long time in each other's arms discussing how amazing that combination turned out to be.  Dill and cilantro together are extraordinary enough, but then add the natural sweetness of the beet and we never tasted so good to one another!

Here is the part of the ritual where my sexy man leaves me to write as soon as he orgasms.  I hold off on my own orgasm until after I have written, wanting to keep all my power inside me for the notes for the poem.  I also keep his taste in my mouth as long as possible, savoring each note of what he produced for me.  Once I finish writing I shake him awake to get back to love which I insist always be placed before and after any poem I write.