The Book of Frank makes me happy.  I come from a poor, mostly illiterate rural American community where none of the houses of friends, family or neighbors had bookshelves.  It humbles and amazes me to come from such an environment and have a book I wrote translated into half a dozen languages.  Over a period of 18 years I wrote this work, totaling 1,584 poems in total.  Black Mountain College poet and publisher Jonathan Williams was originally going to publish the book through his Jargon Society Press.  I was incredibly honored and would go to his home in North Carolina to work on the manuscript with Jonathan and my friend Jeremy Halinen who was the Jargon intern at the time, and except for me they are the only two people to have read all 1,584 pages.

I miss Jonathan.  Miss the endless supply of poets whose work he introduced
me to, like Merle Hoyleman and Mary Butts, the kind of writers who turn you around, lighting your way with their genius.  He died around the spring equinox.  I was walking with a group of friends to Dirty Frank’s Bar in Philadelphia after a poetry reading when someone read us a text that Jonathan had just died, jackknifing the evening to sorrow.  The bar was packed and the music loud, but we found a booth.  After we toasted to the long and adventurous life of Jonathan 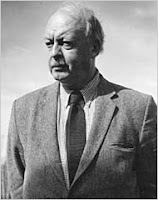 Williams someone asked what was going to happen to my book now that he was gone.  I said I didn’t want to think about it and that is when on the other side of the bar an old man stood up and started to shove people out of his way, walking toward our booth, a man who never bathed and mumbled to himself.  My good friend Frank Sherlock was sitting across from me and had worked at the bar for many years and said no one had ever heard a full sentence from his mouth and his odor kept everyone at bay.

He plowed his way through the noisy crowd and stopped at our booth, staring at me for an uncomfortable minute.  Then he said this same sentence a dozen times, “Don’t worry, we have it taken care of, it will be better than you can imagine, we’re looking out for you.”  Then he said, “You are my little princess,” and kissed the top of my head, then plowed the way back to his barstool on the other side of the bar.  We were amazed!  Jonathan Williams did that!  He wanted to tell me this information to put me at ease about the book we had worked so hard on together, but he needed someone in the room who was so far removed from normalized, respectable behavior that he could walk his spirit inside them and have them speak on his behalf.  The man had said the sentence over and over, his inflection exactly the same each time as if a recording had been placed in his head.  Knowing Jonathan’s temperament I can only imagine he was annoyed when the man repeated it too much and interrupted him with the little princess and kiss salutation.  A week later I saw him again but he did not see me.  The man who had said this incredibly comforting sentence to me and then kissed the top of my head calling me his little princess did not see me, just walked past me on the sidewalk.

Soon afterwards the manuscript won the Gil Ott Book Award, chosen by Nathaniel Mackey, Myung Mi Kim, Eli Goldblatt and Charles Alexander, published by Chax Press.  Wave Books later published Frank where he continues to live happily today.  I am grateful to all of the many dedicated people at these presses and my poetry hero Eileen Myles for writing the Afterword to the Wave edition.  The book contains 130 poems and these are the only pages from the box of 1,584 poems that were published.  For years I have been asked to consider a sequel or to enlarge the book, and I would sit with the box and consider it, but in the end I prefer the selections I made with Jonathan and Jeremy.  The Wave edition is how I want the length and depravity of Frank’s life measured.

Poetry is a window into the magic of this world that never once asked me to apologize.  Poetry took me out of the soul-crushing factory town of my childhood, revealing itself to be a source of autonomy that once grabbed by its horns utterly transfigures our lives if we refuse to let go and I will not take this force for granted.  To honor that space is to have our poems be exactly the way we want them in the world.  I read the box of poems out loud, all 1,584 pages of them, then placed a small, smooth piece of rose quartz crystal on top of the stack of paper and lit them on fire, watching them burn.  Afterwards I swallowed the crystal, tasting like smoked blood.  The pile of ashes was 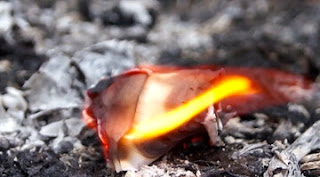 remarkably small for 18 years of writing and that was humbling as I gathered them in my cupped hands and mixed them into a warm bath with jasmine flowers.  In the bath I massaged the ash and jasmine into every inch of my body, and took occasional drinks of the cremation cocktail to join the crystal working its way through my digestive organs.  During the ritual I took notes that became a poem titled “There Is No Prison Named Love.”

P.S. Edgar Cayce and Jack Spicer both understood that poets are recording whispers from the spirit world with our poems.  Witnessing Jonathan Williams walk inside the man to have him relay his message was a gift, watching the recently deceased poet flex his new spirit body.  “We” are looking out for you he said, the “we” meaning Jonathan and my other spirit guides?  I am most appreciative to Jonathan for his kindness to me in life and after life.

P.P.S.  The Book Of Frank is not about my friend Frank Sherlock or Dirty Frank’s Bar.  I have been blessed with many amazing Franks in my life.

P.P.P.S.  Frank Sherlock works at Dirty Frank’s Bar but it is not named after him.  Although a mural of him was painted on the outside wall after he became Philadelphia Poet Laureate and you should go see it, it is a beautiful portrait of the poet.
Posted by poet CAConrad at 1:36 PM